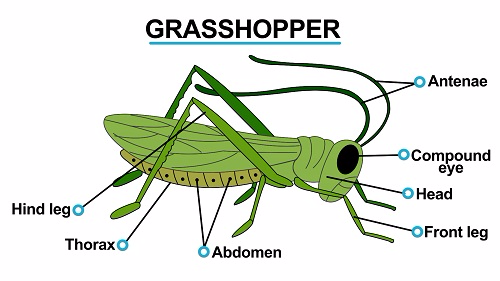 The word ‘animal’ is derived from the Latin wordanimaliswhich means ‘having breath’. The Kingdom Animalia is characterized by eukaryotic and heterotrophic organisms. They are multicellular and lack cell wall. They depend directly or indirectly of plants for their food. Food is ingested and digested in their internal cavity and food reserves are stored as glycogen or fat. Nutrition is holozoic, i.e., by ingestion of food. Animals follow a definite growth pattern, the adults have a definite shape and size. Higher forms of animals exhibitwell developed sensory and neuromotor mechanism. Most of the organisms are capable of locomotion. Reproduction is by copulation of male and female which is followed bydevelopment in embryonic stages. 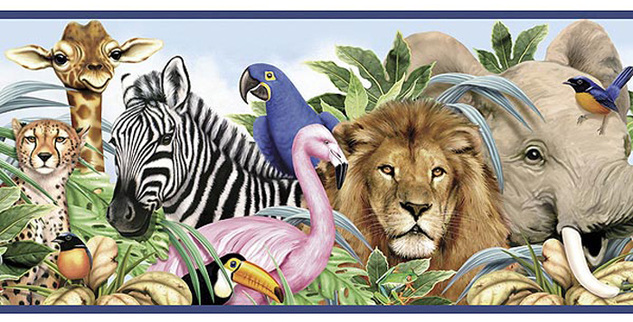 General and Distinctive Features of the Kingdom Animalia

The major Phyla of the Kingdom Animalia

The Structure of Organism under the Phylum Platyheminthes

Describe the structure of organisms under the phylum latyhelminthes
Platyhelminthes are mostly worm like creatures that are dorsoventrally flattened, meaning they look like a ribbon, this is why they are called names such as Tapeworm, Flatworm, Fluke and Planarian
The Platyhelminthes are a successful phylum with around 25,000 known species divided into four classes. Most Platyhelminthes are parasites on other animals, only the Turbellarians are mostly non-parasitic. A few species are commensalists living in harmony, or mutual benefit with another, normally larger organism. Most species feed on animal material either as parasites or as scavengers, a very few species feed on algae. Although a few of the free living marine and terrestrial species are very beautiful, most species are not particularly attractive to the human mind.
Platyhelminthes live nearly everywhere, on land, in both fresh and marine waters as well as inside other animals. Most of the free living species are marine with only a small number inhabiting fresh water and very few being terrestrial. Parasitic species normally move between different habitats as they change life cycle stages and hosts. A number of parasitic species are of importance to mankind because they infect either our bodies or the bodies of our livestock. A few species can be fatal to humans if not treated, but nearly all species can be treated with modern medicines. Schistosomiasis (Bilharzia) is the most important platyhelminth disease of humans, causing much suffering and some death, over 200 million people are infected with the causative agent in tropical countries.
While they remain fairly morphologically simple the Platyhelminthes show several advance in body structure over the simple radial phyla that came before them. They have a definite congregation of of sensory organs(a few have light sensing organs) and nervous tissues at one end of their body giving them a distinct head and tail. They also have distinct upper and lower (dorsal and ventral) body surfaces. They have a number of organs and even the beginnings of organ systems and a more distinct 3rd layer of cells in their body plan. The evolution of this connective tissue, called parenchyma, the cells of which serve as storage reservoirs as well as protecting the internal organs, is a major step forward toward the more complex body plans of higher animals, such as humans.
However they still no anus, instead they have only a blind ending gut, or no gut at all. Those species with a gut must therefore excrete there digestive waste products through their mouths. 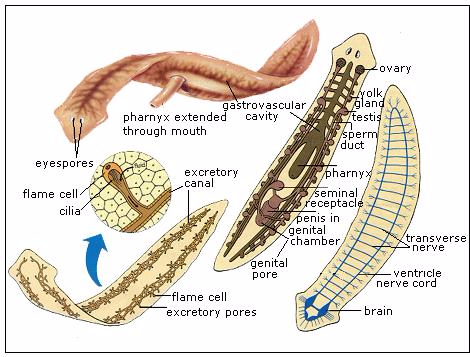 The Structure of Organisms under the Phylum Aschelminthes

Describe the structure of organisms under the phylum aschelminthes
The Phylum Nematoda (roundworms or nematodes) includes harmless, soil-dwelling roundworms (nematodes) that eat decaying organic material or small soil animals. The phylum also includes plant parasites that infect the roots of plants. These parasitic nematodes decrease the productivity of many human crops. The phylum includes several human parasites (see below).
Like the Phylum Platyhelminthes, the Phylum Nematoda consists of bilaterally symmetrical animals that have the organ system level of organization.
The Phylum Nematoda differs from the Phylum Platyhelminthes in two significant ways. First, roundworms have a complete digestive system. This means that there are two opening to the digestive system. The mouth at the anterior ingests or swallows food, and the anus at the posterior releases digestive waste. A complete digestive system is much more efficient than a cul-de-sac gut. The complete digestive system allows continuous processing of food. A roundworm can eat continuously, food digestion can occur continuously, and waste material can be released continuously. Animals with a cul-de-sac gut must wait until a meal has been digested, release digestive waste from the mouth, and only then swallow the next meal.
The second significant difference between the Phylum Nematoda and the Phylum Platyhelminthes is that the roundworms have a fluid filled body cavity. The presence of this structure allows space and cushioning for organs, provides the roundworm with a hydraulic skeleton, and aids in the distribution of food from the digestive tract to the other cells of the worm.
Several human parasites are roundworms. Many people in tropical countries are infected with hookworm. Immature stages of this parasitic worm burrow through the skin, travel through the blood vessels to the lungs, enter the air spaces of the lungs and crawl into the esophagus. The immature stage is then swallowed. The worm attaches to the intestine with hooks and matures into an adult. Fertilized eggs are released with feces, and the zygotes develop into immature stages on soil. When people walk barefoot over the soil, they become infected. The mature hookworm drinks blood and lymph juices. They cause anemia due to blood loss.
The human roundworm is common where human feces is used as plant fertilizer. People ingest eggs when they eat plant material. The immature stages travel through the human body in blood vessels. Mature human roundworms live in the intestine where they produced eggs that are released with feces.
People can become accidentally infected with the trichina worm by eating undercooked port. The muscle of pork may contain immature stages of trichina worm. When people ingest the larval stage, it matures in the intestine where the adult worms reproduced. Immature stages migrate from the intestine to muscle tissue. There the larva forms a cyst. Since humans aren’t generally eaten, the cysts become coated with calcium carbonate. This causes muscle stiffness. We call this condition trichinosis.

The Advantages and Disadvantages of Roundworms

Outline the advantages and disadvantages of roundworms
Roundworm parasitesaffect most species of animals and plants, making them important agricultural pests. There are also several species of roundworms that live in humans, some nasty, some not. Here are a few…
Phylum Annelida
General and Distinctive Features of the Phylum Annelida
Explain general and distrinctive features of the phylum annelida 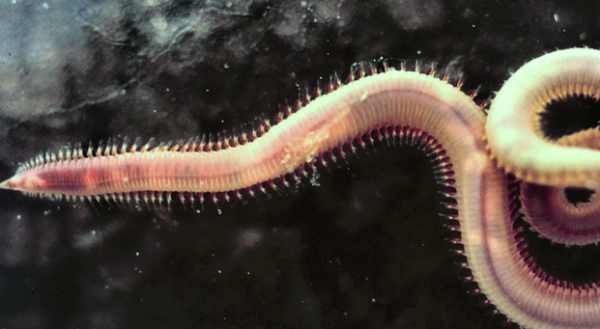 Structure of Organism under the Phylum Annelida (Earthworm)

Describe structure of organism under the phylum annelida (Earthworm)
The Annelida are a medium sized phylum of more than 9,000 species of worms. Most species prefer aquatic environments, but there are also a number of well know terrestrial species. Only a few species of annelids are commonly known to human beings, these include the delightful Rain, Dew or Earthworms that work so hard to make our soils healthy, the Ragworms and Lugworms used by marine fishermen and the much smaller Tubifex or Red worms used by aquarists to feed their fish. In many countries people are still familiar with Medicinal leeches, and people who live closer to nature are naturally more familiar with a much wider range of Annelids than those who live in cities.
Annelids range in size from the Giant Earthworms, of whichMichrochaetus rappi(Michrochaetus michrochaetus) is the largest, this magnificent animal has an average length of 1.36 m (54 ins) and a record breaking specimen has been recorded that measured 6.7 metres (22 ft) in length, it was 2cm (0.8 ins) in diametre. Larger worms have been reported but not scientifically proven. The smallest Annelid known to science isChaetogaster annandalaiwhich is full grown at 0.5 mm (0.02 ins).
Annelids have two main modes of existence, they either live rather quietly in holes or they live more active lives. The basic Annelid body plan is one of a head followed by a long thin body of numerous similar segments ending in a small tail. The head consists of a mouth (prostomium) and sometimes a peristomium, and the tail is more correctly called a pygidium, as it is not really a tail. Annelids are coelomate animals meaning they have a true coelom within their body. They have sets chaetae attached to each body segment, and these can be simple and small as in the Earthworms or complex and varied as in many Polychaetes. The head is often reduced and difficult to distinguish in the hole living species, but may be easily recognised, with eyes and other sensory devices in those species living a more active life.
Annelids are coelomate animals (meaning they have a truecoelom, even if this is reduced secondarily). They normally have long thin bodies composed of a series of identical segments. These segments lie between the head, comprised of a prostomium, a mouth and sometimes a peristomium, and a tail called a pygidium. Growth occurs both laterally, by enlargement of the segments during the juvenile stages, and through the addition of new segments. New segments are produced by the foremost section of the pygidium. In some species they are produced throughout the animals life but in many species production stops once a certain set number of segments has been achieved.
Advantages and Disadvantages of Lumbricus (Earthworm)
Explain advantages and disadvantages of lumbricus (Earthworm)
Despite the amazing and delicate beauty of polychaetes such as the Fan Worms, and the huge (really beyond estimation) economic debt owed by mankind to the Oligochaete Earthworms for their work in soil creation and maintenance many people still fail to appreciate their true wonder and beauty.
The earthworms, of which there are many species, are exceedingly important in soil creation, particularly in temperate areas. Without them, agriculture and perhaps the whole of human society as we know it would never have evolved. Like so much of the unnoticed invertebrate world earthworms are essential to our very existence. In marine environments the numerous species of Polychaetes play a fundamentally important role in the maintenance of food chains and the whole ecological balance of the seas, thus supporting the seemingly endless stocks of fish we like to eat.
One of the strangest ways that humans relate to Annelids is in the hobby of ‘Worm Charming’. This involves enticing earthworms from their holes (catching them), originally it was a means of acquiring worms for bait, but now-a-days it is a sport. The world record as far as I know is held by Tom Shufflebotham who charmed 511 worms from their underground hideouts from an area of 3 square metres in only 30 minutes during the 1980 Annual Worm Charming Championships held in Cheshire UK. The rules specify that the worms must be brought to the surface without using refreshment, stimulation, drugs or digging. Tom used a method called twanging which involves sticking a 4-pronged pitchfork into the ground and twanging it.
Phylum Arthropoda
General and Distinctive Features of the Phylum Arthropoda
Explain general and distinctive features of the phylum arthropoda
Phylum Anthropoda has more species than any other phylum. An arthropod’s body plan is segmented just as annelids. They have appendages, which serve a variety of purposes such as gaseous exchange, food gathering, locomotion and direction of stimuli.Arthropods have an exoskeleton or cubicle that is secreted by the epidermis. 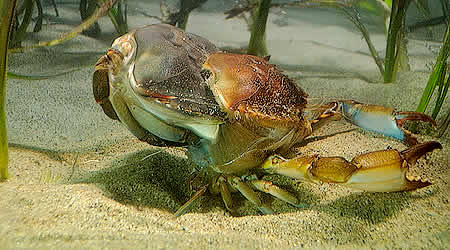 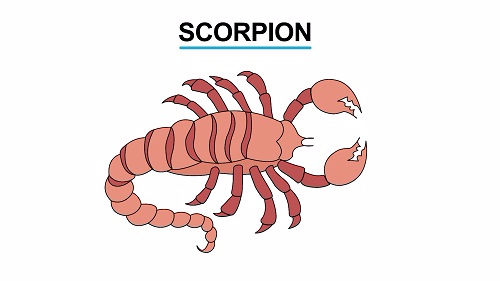 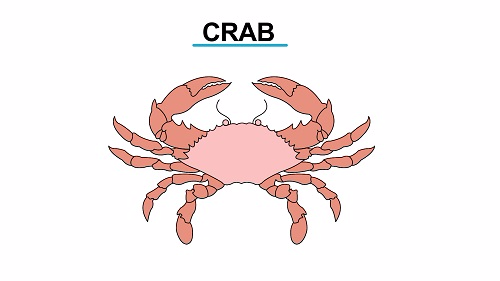 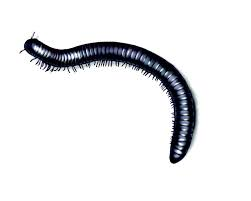 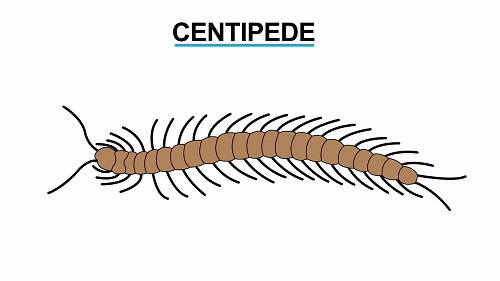 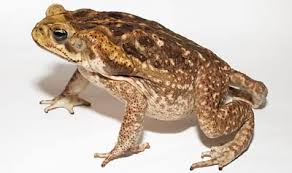 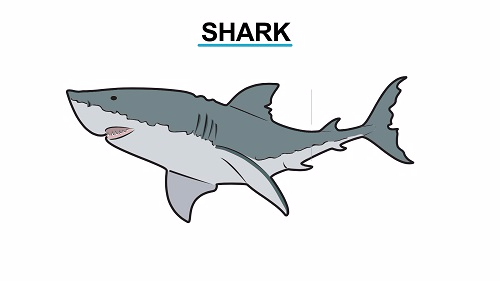 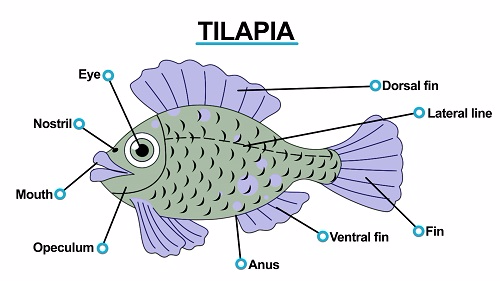 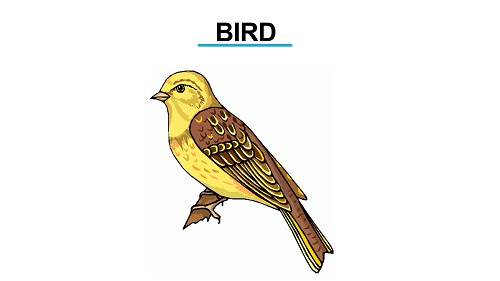 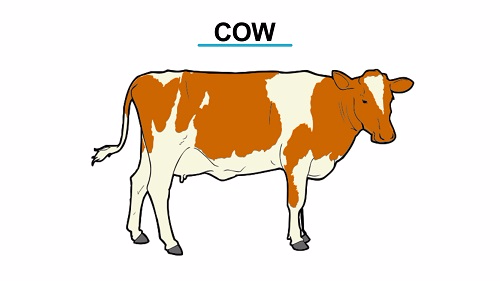 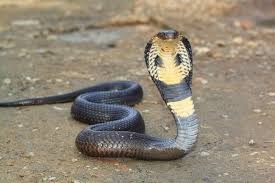