COLONIAL ECONOMY AND SOCIAL SERVICES AFTER THE SECOND WORLD WAR 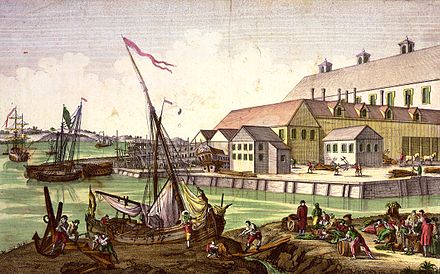 COLONIAL ECONOMY AND SOCIAL SERVICES AFTER THE SECOND WORLD WAR

THE COLONIAL ECONOMY
By the end of the 19th century European powers had already suppressed African resistance and extended their rule almost throughout the entire continent, the countries that were subjected to colonial rule by this time were Ethiopia and Liberia.
Colonial economies were established in Africa over a span of years. During that period African self sufficient economic were transformed and made inferior. The colonialists reorganize the traditional African societies to meet their selfish interests.
The colonial economy refers to the production and consumption patterns that existed in Africa during the colonial period. The colonial economy was imposed on the Africans.
Specific     objectives
Objectives of the colonial economy
There are various economic reasons that made the colonial powers to establish the colonial economy in Africa. These are the following:-
By the late 19th century, the industries in Europe were producing more industrial goods than Europeans could consume, Industrialists ennglish-swahili/courage” target=”_blank”>courage their government to undertake colonization in Africa in order to protect markets for their Industrial goods. –There was over production in Europe where their goods were unmarketable, hence they decide to come Africa to find market for their goods products.
The colonial powers were looking for areas where they can sell their manufacture goods.
Africa to European Industries -Colonial power were established processing Industries in Africa so that they can process material before they took to their countries. Example cotton and sisal.
They were looking for cheap raw material because in Europe they had been exhausted and the remaining ones were quiet expensive.
-They need to get Investment areas, They had large capital which made them to unable to sell their product:
-There was high population in Europe and shortage of land, rich people were control land where poor become landless.
They were looking for areas where they can invest their excess capital; they could not invest in Europe because the markets were saturated.
They need cheap labour, Industrial revolution in Europe introduced new machine which replaced human labour after abolition of slave trade The colonialpowers were searching for cheap labour. Labor was expensive in Europe because the workers were demanding for high wages.
These motives clearly show that the colonial powers established the colonial economy not to serve the Africans, but to satisfy their own selfish interests. Characteristics of the colonial economy:-
The colonial economies were export oriented because they were based on the export of raw materials both mineral and agricultural and importation of manufactured goods from Europe.
The colonial economies were specialized in the production of the major commodity forexample Mauritius specialized in the production of sugar, Ghana, Zambia and Zaire in Cocoa now the Democratic Republic of the Congo specialized in the production of copper.
The manufacturing sector was small and weak because the colonial powers disnglish-swahili/courage” target=”_blank”>couraged the establishment of heavy manufacturing industries in Africa. Africa had to remain a producer of raw materials and a market for European manufactured goods. The few industries that were established were semi–processing industries that aimed at reducing the weight of raw materials to facilitate their exportation of Europe.
The colonial economy was imposed on the Africans and they were forced to produce for the export market rather than their own consumption consequently there was no time to produce food which led to frequent famine in Africa.
Land alienation involved taking land from the Africans so as to create room for cash crop production and mining activities. The land that was taken was the land which was fertile and had minerals in large quantity land alienation was common in settle colonies such as Zimbabwe and Kenya.
The colonial economy was characterized with the introduction of taxes such as the poll and hut taxes. Taxes were introduced as an indirect way of getting labor. To get money to pay the taxes, the African had to sell their labor thus the colonialist got both cheap labor and cash crops.