THE MERCHANT OF VENICE BY WILLIAM SHAKESPEARE 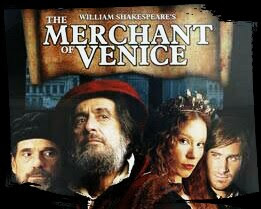 THE MERCHANT OF VENICE BY WILLIAM SHAKESPEARE

The Merchant of Venice is an ancient play written by one of the famous writer in the world of literature William Shakespeare. It is believed that this play have been written between 1596 and 1599. In the play a merchant in Venice named Antonio get a huge load from a Jewish moneylender names Shylock. The play is classified as Comedy in the first Folio and sharing  some aspects with other Romantic comedies of Shake Speare.

Until now, with the release of The Folger Shakespeare (formerly
Folger Digital Texts), readers in search of a free online text of
Shakespeare’s plays had to be content primarily with using the
Moby™ Text, which reproduces a late-nineteenth century version of
the plays. What is the difference? Many ordinary readers assume that
there is a single text for the plays: what Shakespeare wrote. But
Shakespeare’s plays were not published the way modern novels or
plays are published today: as a single, authoritative text. In some
cases, the plays have come down to us in multiple published
versions, represented by various Quartos (Qq) and by the great
collection put together by his colleagues in 1623, called the First
Folio (F). There are, for example, three very different versions of
Hamlet, two of King Lear, Henry V, Romeo and Juliet, and others.
Editors choose which version to use as their base text, and then
amend that text with words, lines or speech prefixes from the other
versions that, in their judgment, make for a better or more accurate
text.
Other editorial decisions involve choices about whether an
unfamiliar word could be understood in light of other writings of the
period or whether it should be changed; decisions about words that
made it into Shakespeare’s text by accident through four hundred
years of printings and misprinting; and even decisions based on
cultural preference and taste. When the Moby™ Text was created,
for example, it was deemed “improper” and “indecent” for Miranda
to chastise Caliban for having attempted to rape her. (See The
Tempest, 1.2: “Abhorred slave,/Which any print of goodness wilt not
take,/Being capable of all ill! I pitied thee…”). All Shakespeare
editors at the time took the speech away from her and gave it to her
father, Prospero.
The editors of the Moby™ Shakespeare produced their text long
before scholars fully understood the proper grounds on which to
make the thousands of decisions that Shakespeare editors face. The
Folger Library Shakespeare Editions, on which the Folger
Shakespeare texts depend, make this editorial process as nearly
transparent as is possible, in contrast to older texts, like the Moby™,
which hide editorial interventions. The reader of the Folger
Shakespeare knows where the text has been altered because editorial
interventions are signaled by square brackets (for example, from
Othello: “ If she in chains of magic were not bound, ”), half-square
brackets (for example, from Henry V: “With blood and sword and
fire to win your right,”), or angle brackets (for example, from

Textual Introduction
By Barbara Mowat and Paul Werstine
Hamlet: “O farewell, honest soldier. Who hath relieved/you?”). At
any point in the text, you can hover your cursor over a bracket for
more information.
Because the Folger Shakespeare texts are edited in accord with
twenty-first century knowledge about Shakespeare’s texts, the Folger
here provides them to readers, scholars, teachers, actors, directors,
and students, free of charge, confident of their quality as texts of the
plays and pleased to be able to make this contribution to the study
and enjoyment of Shakespeare.

Antonio, the merchant in The Merchant of Venice, secures a loan
from Shylock for his friend Bassanio, who seeks to court Portia.
Shylock, a Jewish moneylender, recalls past insults from Antonio
and, instead of asking interest on the loan, asks instead—in what he
calls a “merry sport”—that if the loan is not repaid, Antonio will
owe a pound of his own flesh.
Bassanio sails to Belmont, where the wealthy heiress Portia is being
courted by suitors from around the world. Her father’s will requires
that the successful suitor solve a riddle involving chests of gold,
silver, and lead. Where others have failed, Bassanio succeeds by
selecting the right chest. Portia marries Bassanio; her waiting
woman, Nerissa, marries his friend Gratiano.
Shylock’s daughter, Jessica, has eloped with Bassanio’s friend
Lorenzo, taking her father’s money with her. Shylock is devastated.
When Antonio cannot repay the loan, Shylock demands the pound of
flesh. When the news reaches Belmont, Bassanio returns to Venice.
Portia and Nerissa also travel to Venice, disguised as a lawyer and
his clerk. Portia uses the law to defeat Shylock and rescue Antonio

Characters in the Play