There are two major types of settlements namely Rural and Urban Settlements.

1. RURAL SETTLEMENT
The basic unit of rural settlements is a number of people and functions. In rural areas the main function or activity is agriculture. The cultivators most often live in scattered family settlement. Nature of settlement are isolated, hamlet, village and small market town. 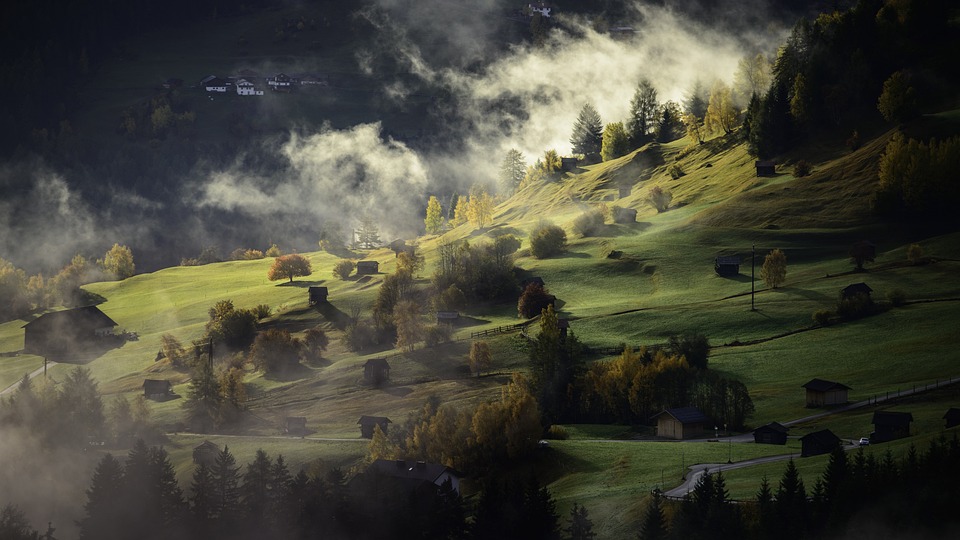 Characteristics of rural settlements:
1 It is sparsely populated pattern of settlement.
2. Agriculture is the major activity undertaken in rural areas. 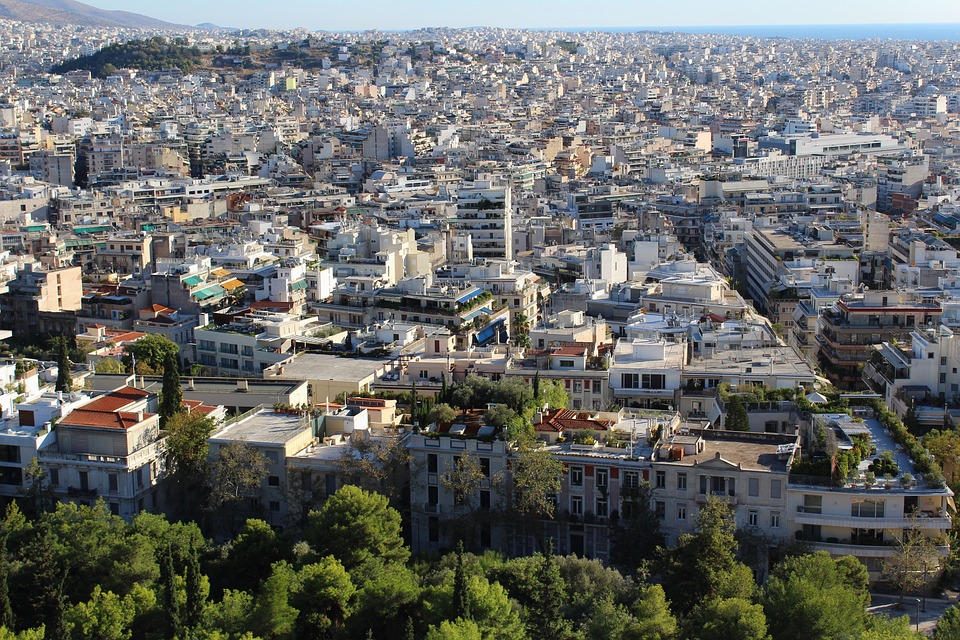 Settlement Pattern; is the layout of dwelling in a particular place. Settlement patterns assume a distinct form as it grows, settlement patterns may be influenced by different factors such as topography of an area and availability of suitable land for farming. Transport routes and communication lines also may influence the pattern that emerges. Human factors such as an increase in population may lead to the spread of settlements because may be searching for new land to settle on.

This settlement pattern consists of cluster of dwellings, shops and other buildings in one place. The settlement is close to one another forming a cluster. Nucleated settlement may develop as a result of the availability of social services, the presence of industrial plants and limitation of building land leading to the clustering of building in one place.Settlement such as Mwadui in Tanzania and Kimberley in South Africa are nucleated mining settlements. 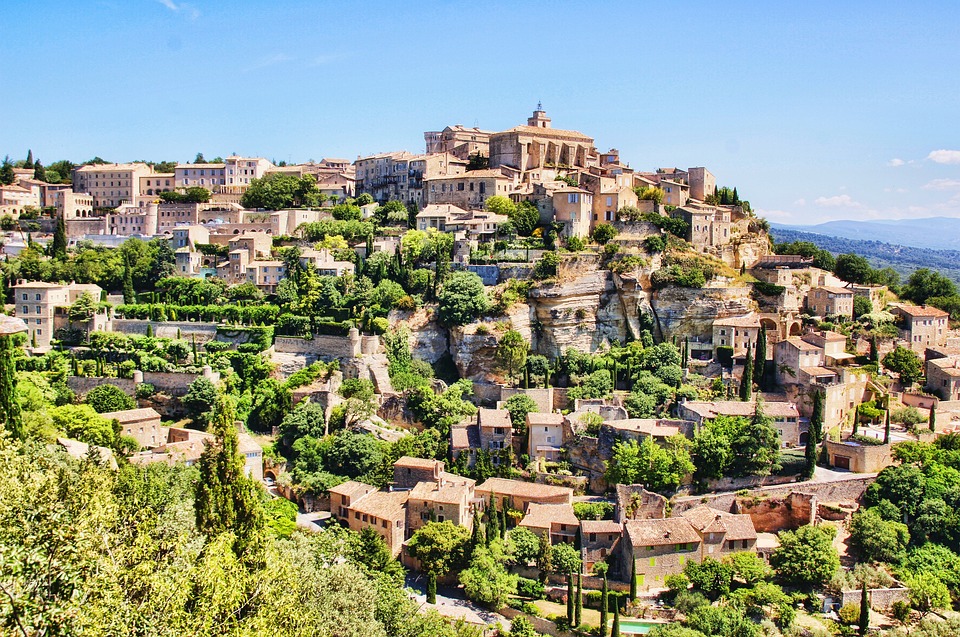 Linear settlement pattern may develop along communication lines or along specific physical feature such as river, the house and other structures appear to be arranged in a line along a road, a river, or canal or a coastal line such settlement may form a curve depending on the shape of the features. Linear settlements are common along the coast of East Africa, along the shores of lake Tanganyika and a long some parts of lake Victoria. They are also common along many roads and footpaths. 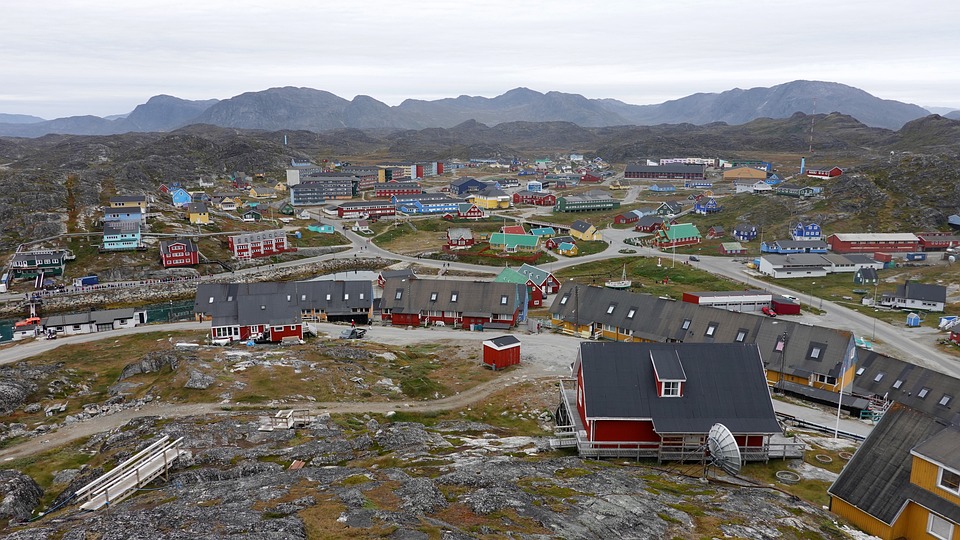 Is also referred to as scattered settlement pattern because it consists of houses and other structures which are scattered. The houses may be separate from one another by physical features such as valleys, rivers, and ridges. Dispersed settlement is common in areas where people own individual traits of land. 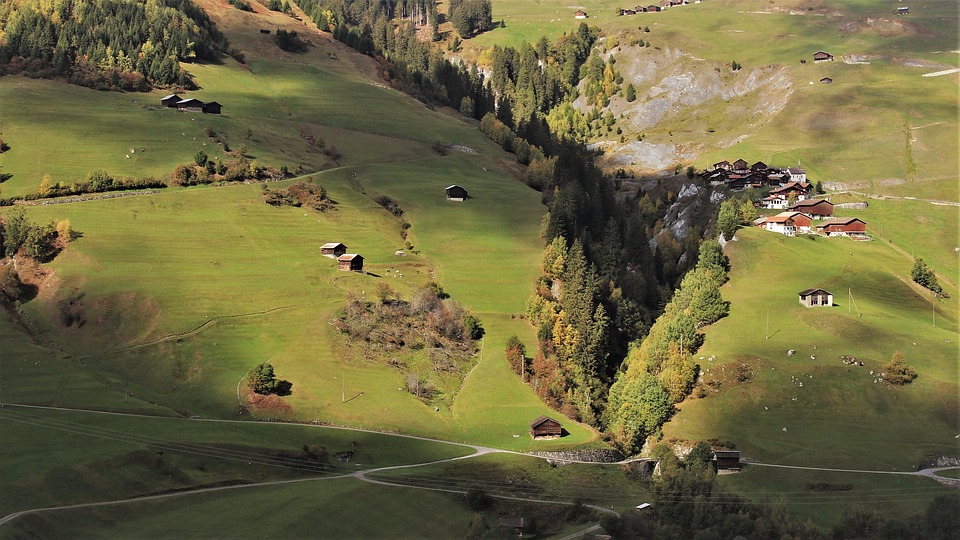 All settlement have certain activities/useful function to justify their existence, such function are;

iii) Residential function: They are place where people live and share different values and culture activities.

iv) Administrative center: These are center from which the surrounding areas are administered some of these center can be district or regional center and local administration.

v) Commercial and market center: These are place where business takes place. These centers are composed of shops, markets and means of transport and communication like roads and telephones facilities.

vi) Mining center: They are settlements which have ground infertile mainly as a result of mining activities. These settlements are characterized by having mineral resources Example: Geita, Mwadui, Magadi and etc. vii) Industrial settlement/Manufacturing centre: These kind of settlement are mainly formed in town areas which grow rapidly with the establishment of industries and they normally have a certain advantage to the people living around as they provide employment and goods.

viii) Fishing centers: The river sites like ports and ocean ports are important for fishing activities.

ix) Social function settlement: They provide the health and educational facilities such as hospital, and clinic likewise the area can be places of entertainment and recreational center.

x) Royal center: These are traditional residence of monarchies, kings, queens, sultans, and their consorts.

xi) Tourist centers: These centers are mainly characterized by resort and around them many hotels which enter mainly of holiday.

1. A nucleated settlement is where the buildings are closed around a central point such as market square.
2. Linear settlement is where the buildings are arranged in a line usually along the river or road.
3. A dispersed settlement is where the buildings are spread out or scattered. Dispersed settlement are often found in remote, sparsely populated areas.
4. The number of urban settlement and their boundaries will change overtime, depending on construction activities and change of present population.
5. The delimitation of the urban settlements are independent of the administrative boundaries.
6. Urban centre are characterised by denser engaged industrial activities.
7. Trading is a major activities under taken in urban areas.
8. It is sparsely populated pattern of settlement.
9. Agriculture is the major activity undertaken in rural areas.
10. Provision of social services, People migrate from their original places and live near areas where social services are easily available to them. Example of social services are health centres, schools, electricity and water supply.
11. Climate conditions, people settle in good climatic areas. Rainfall and temperature have a great influence from human settlement. Areas that receive abundant rainfall and favourable temperature attract more people. This is because people are able to engage in both subsistence and commercial farming such areas are Kilimanjaro, Mbeya, Ruvuma and Iringa region where there is abundant rainfall.
12. Relief, it is a strong factor influencing settlement. Gentle slopes are ideal areas for building houses as they are well drained. Steep stops are usually uninhabited because they have thin soils which inhibit growth of crops and pasture.
13. Vegetation cover, vegetation is the total plants cover over an area. Thick vegetation discourages establishment of settlement. Dense forest such as Congo of central Africa and Amazon, in South America are not accessible. They may also be habitants for dangerous wild animals and disease carrying vectors.
14. Political factor has great influence on settlement establishment. A settlement may be located in a certain area because of political reasons for example in 1967 the government of Tanzania introduced ujamaa village where by people were settled in villages.
15. Economic factor, people establish settlement in places which offer economic opportunities. Migration from rural to urban centres is mainly due to prospects for employment and trading opportunities. Mining activities also leads to the establishments of settlements for example development of Mwadui towns was the results of Mwadui Diamond mines.
16. Cultural factors, some areas may be productive but due to some cultural beliefs people may be prohibited to establish settlements on such areas. Example mumbanitu forest in Njombe.

17. Historical factor, prior to the division of Africa some communities moved in various directions and settled in their present homelands. Those movements were caused by various factors mainly wars for example Mfecane war in South Africa.

URBANIZATION
Urbanization involves making an area more urban or town where by increasing portion of the total population in a country settlers in town. 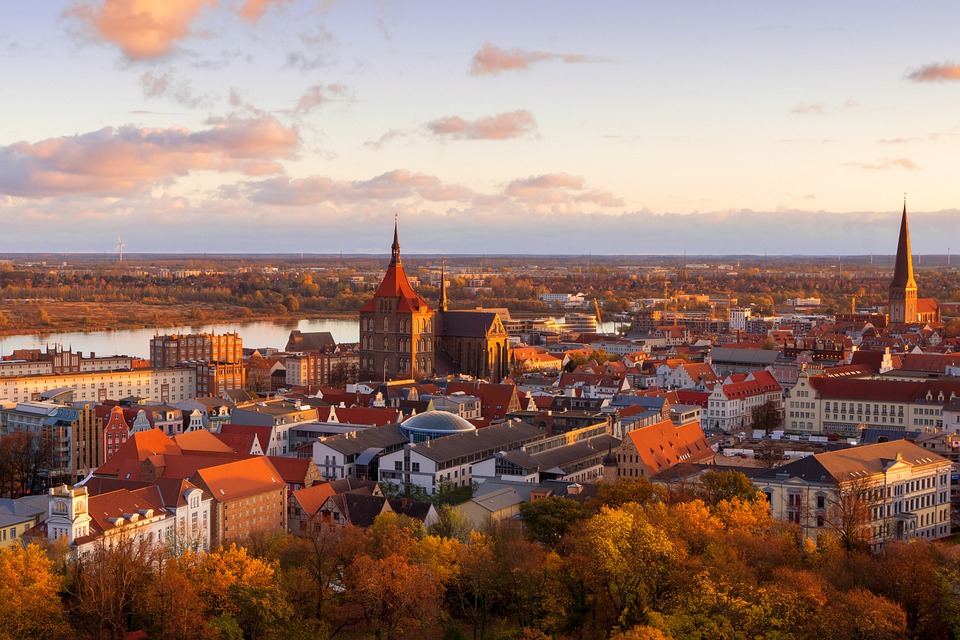 Question1: “The living environment in Tanzania is suffering at the expense of man’s activities.” With the Support of eight points, prove this statement. (NECTA-CSEE, 2008)
Question2: What are the possible human factors which may influence the development of nucleated settlement pattern? (NECTA-CSEE (p), 2010)
Question 3: Examine eight factors which led to the growth of settlements in different parts of a country (NECTA-CSEE, 2014)

Question4: With the aid of examples, describe six factors affecting growth of settlements in Africa. (NECTA-CSEE, 2015)