The Meaning of the Kinship or Clans

explain the meaning of the kinship or clan

Prior to European colonisation in the late 19th century, Africa had a very long history of state building as well as a rich variety of social formations that were decentralised or stateless.

The Social, Political and Economic Organization of Kinship or Clans

explain the social, political and economic organization of kinship or clan

The clan leader had a lot of functions such as:

Therefore, the chiefdom organisation system was adopted by many societies that were under clan organisation. This included the Sukuma, Chagga, Nyakyusa, etc.

The functions of a chief in these societies were similar to that of the clan leader the difference is the chief had a larger area.

Age set system was a type of organisation which involved age and sex in distribution of activities.

Looking at the Maasai; they were organised as follows:

Increasing the herds of cattle by raiding from other societies

Moving with their cattle in need of water and gras

State organisation were systems of administration adopted by few African societies while having administrative organs, army and judiciary. Each organ was responsible for different activities. State Africa can be grouped as follows:

The Meaning of Age-Set System

Explain the meaning of age-set system

Age set is a social system or organization which involves age and sex in the distribution of activities and duties. Therefore age, sex and gender are highly considered in division of labor and specialization. Examples of tribes that practiced age set are the Maasai in Tanzania, Karamajong in Uganda and Nandi in Kenya.

The Social, Political and Economic Organisation of Societies which Practiced the Age-Set System

Explain the social, political and economic organization of societies which practiced the age-set system

The social, political and economical organization of societies that practiced age set organization was based on age and sex in the division and specialization of labor. The main economic activity in age set system societies was livestock keeping which resulted in a semi-nomadic life. The tribes which practiced the age set system were Maasai in Tanzania, Karamajong in Uganda and Nandi in Kenya.

Age set covered a specific group of years for example.

The Meaning of the Ntemiship System

Explain the meaning of the ntemiship system

Ntemiship is a socio-political organization or system characterized by being made up of separated groups. The word Ntemiship is derived from the word Kutema which means split apart. The ruler in a Ntemiship system was called Mtemi. The Nyamwezi tribe practiced the Ntemiship system. 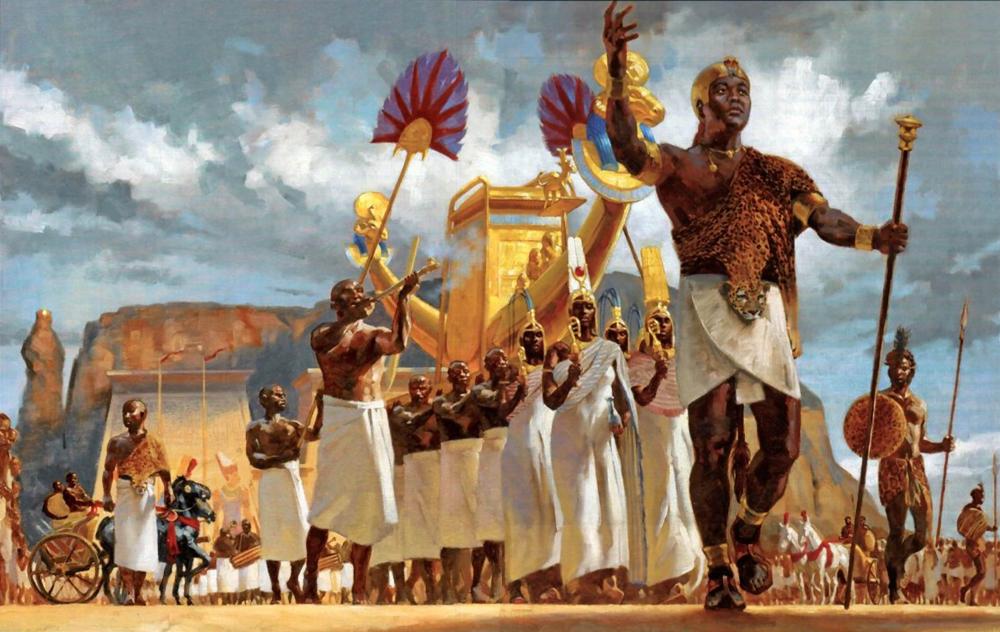 The Social, Political and Economic Organisation of Ntemiship

Explain the social, political and economic organization of ntemiship

Ntemi comes from the word ”kutema” which means opening up of new land. It also means finding a locality Ntemi was the name given to a leader who organized the action of opening up new land and controlled the people.Ntemiship was being practiced in Unyamwezi by 1300 AD.It then spread in the neighbouring such as the sukuma,sangu,hehe,kimbu,gogo and bena of Tanzania.There were about 300 Ntemiship in Tanzania in the 18th C. Among the sukuma, the ruler in Ntemiship organization was called Ntemi. He became Ntemi because he founder he was founder of the locality.He was chosen by a counsel of elders choosing a person to become Ntemi depended on his wisdom courage and experience.

The Meaning of State Organisation

Explain the meaning of state organization

Location of a place e.g. in trading while some of the African States were near to the trading towns as they obtained tax and commodities.

Some states had good leadership and they were able to organise their states e.g. Shaka Zulu, Mirambo of Nyamwezi, Mkwawa of Hehe. Tunkumanin of Ghana, Sunsiata of Mali etc.

Men belonging to African societies were involved in long and short distance trade which led to:

Some states rose up due to the influence of the Islamic religion e.g. through the use of Jihad while states were turned into Islamic states. For instance in West Africa we see the Sokoto caliphate (under Uthman Dan fodio) who managed to conquer several states in the forest zone.

Some of African tribes had strong armies and had improved weapons for conquering other states. It is said that before the White man’s intrusion, Ghana had about 20,000 experienced soldiers and Mali had 10,000 soldiers.

Fall of some states in Africa

TYPES OF STATES IN AFRICA

These emerged as a result of one powerful family to control other classes in domination of wealth and political power.

Some African societies were large empires governed by kings, who had near absolute power. For Example:

Origins:According to archaeological evidence, the Egyptian state arose between 1500 and 500 BC. The evidence also show that by this time there were already villages of self sufficient producers who grew wheat, barley and kept animals. These producers formed permanent settlements as they increased in population.

REASONS FOR THE RISE OF THE EGYPTIAN STATE

Therefore any one with the following rose to power:

CLASSES IN THE EGYPTIAN STATE

Ethiopia started as a small kingdom known as Axum, was founded near the red sea coast by a dynasty of Sabean from the other side of the Red Sea. The Ethiopia arose around 1000 BC

FACTORS FOR THE GROWTH OF THE ETHIOPIAN STATE

Feudalism was consolidated by the introduction of Christianity during the 4th AD and King Ezana was the first to be converted. King Zangwe built 30 churches. A descendant of King Solomon and Queen Sheba.

THE KINGDOM OF NUBIA

Nubia lay in the area that cut across the borders of modern Sudan, Egypt, and Ethiopia. The Nubian State arose around 200 BC. It was called Kush and its capital was Napata. In 3rd C the capital shifted to Meroe.

FACTORS FOR THE RISE/GROWTH OF THE NUBIAN STATE

The early State in western Sudan was established in the region between the Sahara desert and the forest region of the South. The most important states are Ghana, Mali, Songhai and Kanem Bornu

GENERAL FACTORS FOR THE RISE OF WESTERN SUDANIC STATES

During its rise Ghana had two main towns, one occupied by Muslims and the other by Pagans. The rulers and the people were Soninke speaking group. The word Ghana as the King title emerged in 5th AD. The capital center of administration was Koumbi Saleh.

FACTORS FOR THE RISE OF THE GHANIAN EMPIRE

FACTORS FOR THE DECLINE OF GHANA EMPIRE

Early in the 3rd C Ghana fell apart as a result of the war between Samangwa the king of Ghana and Prince Sundiata Keita the king of Kagaba. Ghana was defeated and Ghana fell under Sundiata’s rulership. Sundiata formed a large kingdom known as Mali the capital was Niani and the title of the ruler was Mansa.

FACTORS FOR THE RISE OF THE MALI

DECLINE OF THE MALI EMPIRE

In the late 15th Century the Songhai empire originally the Gao, conquered neighbouring states under the leadership of Sunni Ali and formed the large empire of Songhai. Gao became its capital at around the 11th C and remained the capital under the empire. Its famous leaders were Sunni Alli, Askia Mohamed and Askia Daud.

FACTORS FOR THE GROWTH OF SONGHAI EMPIRE

DECLINE OF THE SONGHAI EMPIRE

Benin empire was a very small state made up of the Edo speaking people. The highest authority at the time were chiefs known as Ogiso which meant the ‘Kings of the Sky’ and the administrative centre was Ubinu. Between 1388 – 1431 there was a series of civil wars which divided the Edo. After the death of the last Ogiso, his son Prince Ekaladerhan left for exile and established himself in Ile-Ife, so when the Edo people requested his return, he sent his son, Prince Oranmiyan who took up the throne.

REASONS FOR THE RISE OF THE BENIN EMPIRE

DECLINE OF THE BENIN EMPIRE

THE EMPIRE OF OYO

Oyo empire began in the late 14th C or early 15th C likely 1388 – 1431. The people of Oyo were Oranmiyan, their capital was Oyo-Ile and the King of Oyo was called Alaafin. The Bashoran was the leader of the army.

REASONS FOR THE RISE OF THE OYO EMPIRE

DECLINE OF THE OYO EMPIRE

Dahomey rose after the decline of Oyo in the 19thC. it was founded by the Fon people. It had good leaders such as King Agaja and Houegbadja who built the Royal Palaces of Abomey.

THE RISE OF THE DAHOMEY EMPIRE IN THE 18th C

Dahomey declined after the arrival of the French.

FACTORS FOR THE RISE OF ASANTE

DECLINE – The state declined after the arrival of Europeans.

Example: Onya empire, it was founded in the 14th C. The head of the kingdom took the title of Munikongo or Mwekongo means lord of Kongo. The capital was Mbaza which the Portuguese later baptised Sutrador.

FACTORS FOR THE RISE OF KONGO EMPIRE

DECLINE OF THE CONGO EMPIRE

This Kingdom was created under the leadership of Mutola. Mutola conquered Tongu and Torura of the Zambezi valley. He acquired the title of Mwenemutapa which means ‘Master of conquered lands’. He was a political, military and religious leader. Mutola died in 1450 and his son Matope inherited, after Matope’s death in 1480 Changamire took over in 1490.

REASONS FOR THE RISE OF MWENEMUTAPA

REASONS FOR THE DECLINE OF MWENEMUTAPA

After the death of Matope, his son Nyahuma took over. He was younger than the other chief who wanted power so that chief rebelled and caused civil war.

This state is found between the tributaries of river Kongo. The Songiye people migrated from Katanga led by a leader from the Kangolo clan. The united Kaniok and from Luba kingdom, Ilungambila married into the Kangolo clan. This intermarriage gave rise to the Luba lineage of Kalala Ilunga, the founder of Munza as capital of Luba.

REASONS FOR THE RISE OF THE LUBA STATE

The centre of the empire lay in the valley of Nkala river. The Luba kings took the title of Mwanta. It began as a simple village and their first ruler was called Mwantagaand. Ilunga Tshibinda who came from Luba married a princess from the area and their son became the first paramount ruler of the Lunda State.

FACTORS FOR THE RISE OF LUNDA STATE

The empire declined after the arrival of Europeans