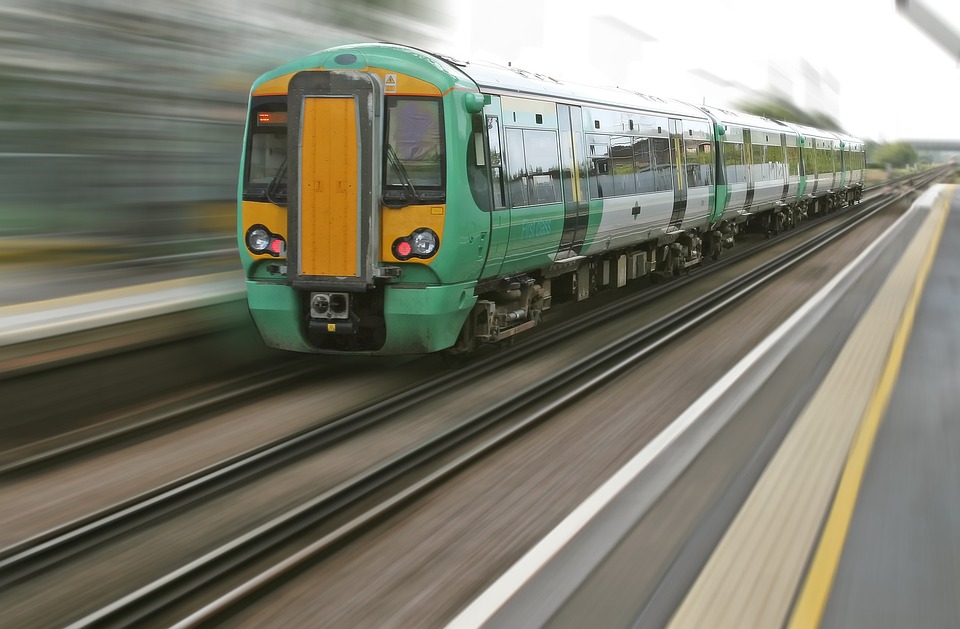 Motion In Straight Line,Motion is the change of position of an object from one place to another. It is the study of the movement of a body from one point to another. It studies of all aspects of motion including distance and displacement, speed and velocity, acceleration and deceleration e.t. c.

There are two types of motions;

Difference between Distance and Displacement

Distance is the length between two points or two places. It is a length covered by a body in motion. Distance is a scalar quantity because it has magnitude only. For example, a car moved 4 km. ‘4 km’ is the magnitude of the distance covered.

Differences between distance and displacement

The SI Units of Distance and Displacement

Difference between Speed and Velocity

The SI Unit of Speed and Velocity

The SI unit of speed and velocity the same namely metre per second (m/s). The other common unit are Kilometre per hour (km/h).

Conversion between km/h and m/s.

The Average Velocity of a Body

Average velocityis the average or mean value between initial velocity (U) and final velocity (V). It is also defined as the ratio of the total displacement to the total time.

The following are important terminologies related to velocity of a moving body;

This is a graph drawn to represent motion of a body. Velocity is represented by the vertical axis while time is represented by its horizontal axis. Consider a body accelerating uniformly from rest to a certain velocity v within time t. This can be represented graphically as shown below;

Consider the shaded area (triangle OBC) on the above graph;

Acceleration can be calculated from the graph by calculating the slope of the graph. Slope of the velocity-time graph is obtained as the ratio of the change in velocity to a respective change in time.

Consider again the shaded region of our previous graph in where by velocity changed from u =0m/s to v =12m/s along vertical axis BC and the time changed from t1 =0s to t2 =3s along horizontal axis OB.

Therefore, the body accelerated by 3m/s2 by changing its velocity from 0m/s to 12m/s within 3s.

The Acceleration of a Body

A body is a said to accelerate when its velocity is increasing with time. That is, the final velocity v, is always smaller to the initial velocity u. See the below examples;

A car starts from rest and accelerates to a velocity of 120m/s in one minute. Calculate the acceleration of the car.

A train accelerates from 40m/s to 110m/s. What is the acceleration of the train if it changes the velocity in 14 seconds.

The Concept of Retardation

The motion of a body in a straight line can be described by using three equations known as equations of motion.

Consider a body initially moving with initial velocity ‘u’ and after a certain time ‘t’ it accelerates to a final velocity ‘v’. For that case,

Consider a body moving with uniform acceleration. Its average velocity can be obtained as

The third equation of motion can be obtained by squaring the first equation on both sides.

The three equations can be used to solve many problems regarding the motion of different bodies.

An object moves at 20m/s due north at an acceleration of 2m/s2. What will be its final velocity after it has moved 21 m?

The Concept of Gravitational Force

When two bodies of different masses are released from a certain height h above the ground, they will reach the ground at different times with the heavier one reaching earlier before the lighter one.

The reason is that the air resistance is more effective on lighter bodies than in heavier bodies, consequently this affect acceleration due to gravity in a reverse manner.

But dropping a light object and a heavy object in a vacuum they will reach the ground at the same time due to the absence of air resistance effect.

Acceleration due to Gravity

The easiest way of determining the value for the acceleration of gravity is by observing the motion of a simple pendulum. This kind of experiment was first done by Galileo Galilei when he was studying the uniformly accelerated motion.

A simple pendulum is a small heavy body suspended by a light inextensible string from a fixed support and it is normally used to determine acceleration due to gravity.

It is made by attaching a a long thread to a spherical ball called a pendulum bob. The string is held at a fixed at a fixed support like two pieces of wood held by a clamp and stand.

If the bob is slightly displaced to position B,it swings to and from going to C through O and back to B through O. When the pendulum complete one cycle/revolution the time taken is called the period of oscillation, T.

From the experiments, it has been observed that, changing the weight of the bob and keeping the same length of pendulum, the period is always constant provided that all swings are small though they may be different in size.

The period T of the pendulum is given by;

Where; l = length of pendulum; g = acceleration due to gravity

It follows that if we plot a graph of l against T. it is going to be a straight line with a slope g/4Π2and y –intercept equal to 0.

When the bob is raised to point B it will gain potential energy and the bob will swing due to the conservation of energy from potential to kinetic energy.

The Application of Gravitational Force

Gravitational force is applied in many events of our daily life;